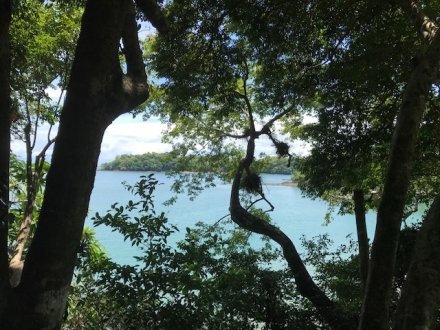 Land near school and restaurant, is a perfect place to invest in new emperor.

Large Land for Investment, established very close to a school, and restaurant quantities.

For sale Land with operational Hostel in Playa Reina, Mariato, Veraguas Province.They are 2 terrain balloons consisting of:4,953.03m2 (Globe A)3,950.17m2 (Globe B)8903.20m2 of total land1050m2 of construction.In the land there are several buildings such as: Restaurant, 2 houses, cabins with rooms, small apartments, warehouses, offices and 20 parking spaces that make up the facilities of the Hostel.

Land of 5 hectares with and ocean view for sale in Mariato Veraguas. Price $ 350,000 K.Veraguas is the only province in the country that has coasts on both coastlines: Atlantic and Pacific. The beaches visited are located in the new district of Mariato, which is divided into the towns of Llano de Catival or Mariato (district head), Arenas, El Cacao, Quebro and Tebario.The route to the beaches of the Mariato district begins at the intersection of the Pan-American Highway with which it leads to Atalaya, a town that is reached after traveling 4.5 km along a paved road in very good conditions. From there, 20.0 km are traveled, also along an asphalt road in good condition and we reach the town of Ponuga. Another 20.0 km is traveled until reaching the town of Tebario and another 10.0 km until finally reaching the town of Llano de Catival, traditionally called Mariato.It should be noted that on both sides of almost the entire route of the road you can see crops of various kinds such as vegetables and tubers; In addition to livestock farms that denote the economic strength of the area.Llano de Catival, or Mariato, has a beautiful church with a very original architectural style where St. Paul is venerated. There are regional offices of MIDA, MINSA and the Judicial Branch; as well as primary school, a center of basic or Pre-school education, sports field, park with mechanical devices for children; shops, supermarket and fondas where you can taste dishes of typical Panamanian cuisine.Playa Reina is at a distance of 4.0 km from Llano de Catival and Playa Malena at another 10.0 km. Both are distinguished by the characteristic blackish color of their fine sand and by remaining, still, free from the pollution produced by solid wastes that flood other beaches of the national geography. From Playa Reina you can see the islands of Cébaco and Gobernadora. On both beaches, marine sports such as surfing are practiced.In addition, in Playa Malena The National Environmental Authority (ANAM) and the Aquatic Resources Authority of Panama (ARAP), together with a group of scientific institutions and international organizations develop actions for the management of sea turtles training the inhabitants of the area in various tasks related to the conservation of said species.Do not hesitate to contact us if you want to see this little paradise in Veraguas. 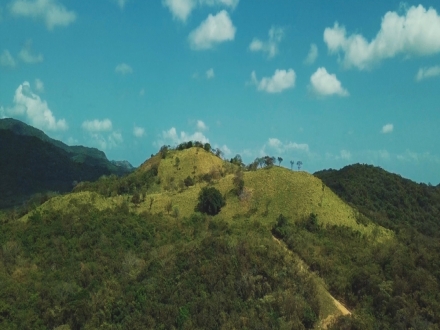 Details of the Property: Total: 12.9 Hectares or 31.86 Acres DESCRIPCIÓN DE PROPIEDAD 12.9  hectaresof land in Penonome with views over the entire Valle of La Pintada. The property is titledMirador de la Pintada has great development potential and lends itself for a residential project for those looking to escape the hustle and bustle of city life. The land has an excelent location, in between the towns of Penonome and La Pintada with great potential for tourism with it's rivers, mountains and forests. The land is located just 500 linear meters from the main road between Penonome and La Pintada. Just 2 km from La Pintada and 10km from Penonome. Asking just 8 USD/m2 CHARACTERISTICS OF THE LAND: breathtaking views of La Pintada Valley Cool, tropical breezes Great area for development Great potential for Tourism AMENITIES: Shopping Centers Financial Sector within a few mintues drive Access to Parks Schools Churches Transport 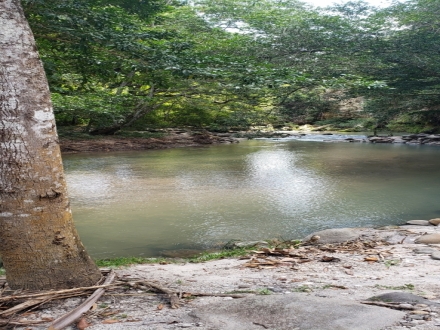 This quaint project is perfectly located in the townsite of San Carlos. Within minutes of some of the countries most popular beaches (San Carlos, Palmar, Coronado, & Santa Clara), this project is ideal for those interested in a building a secondary or primary retirement home. The lots range from 1000m2 to 1300m2. They boast fantastic mountain views and all have access to the river, which flows year-round. Furthermore, the developer has made sure to keep the area planted with fruiting trees (Mangos, Coconuts, Cashew Fruit, Nance and more). To this, the property lines are all live, which include some of those same fruiting trees.  These are build-ready lots. All the infrastructure is at the property. Electricity and water are already there and individual connections can be done with local electricity and water providers.  To add to the location's benefits, Panama is currently making the existing 4 lane Panamerican Highway to 6 lanes, alleviating congestion on holiday weekends. From Panama City, the trip is approximately 1 hour and 15 minutes. It is thought that the trip will be under an hour.

Stunning ocean view lot located in Punta Bejuco, Boca Chica, Chiriqui with numerous clear views of the ocean, islands and inlets from any of several spectacular build sites. This partially clear, partially treed lot has electricity, water and numerous planted fruit trees already in place for the particular buyer. Enjoy the beautiful trails and experience howler monkeys and many species of birds and wildlife on and around this piece of tropical paradise located close to the town of Boca Chica. Perhaps best of all, this lot has easy access to a secluded beach via a nice stone walkway.