The project of Altos de Cerro Azul is built at an altitude of about 950 meters or 2,500 to 2,700 feet above sea level with temperatures that range between 70 degrees and 80 degrees - at night it gets very cool and you will need a blanket to keep yourself warm.

Altos de Cerro Azul is gated and has 24 hour security, a country club with pool, tennis courts and restaurant and in the surrounding forests you will find exotic birds and wildlife unique to Panama as well as a series of trails that will take you through one of the oldest cloud forests in the Western Hemisphere.

In the cloud forest it is possible to see rare palm trees that are unique to only 2 other countries in the world: Ivory Coast and Hati. No one knows how the palms were able to spread from the African coast to the Caribbean and then to the bottom of Central America – this is an enigma that is currently being studied by the Smithsonian Institute in Panama.

In addition to the stunning natural beauty of Altos de Cerro Azul, are also several first world amenities which include: access to high-speed satellite Internet, Direct T.V. and modern electricity and telephone services as well as the best drinking water in Panama as per a recent study conducted by the University of Panama.

On the principal road from the airport to Altos de Cerro Azul is a modern shopping center with everything from fast food shops, to supermarkets, to video stores and building supply outlets.

Medical care is a short 40-minute ride from Cerro Azul and Punta Pacifica Hospital, which is now working in alliance with Johns Hopkins Medical School.

Cerro Azul is in area of Panama that is virtually undiscovered except by locals who frequent the various spas and restaurants.

The Lot is located 7 km from the entrance of Altos de Cerro Azul. 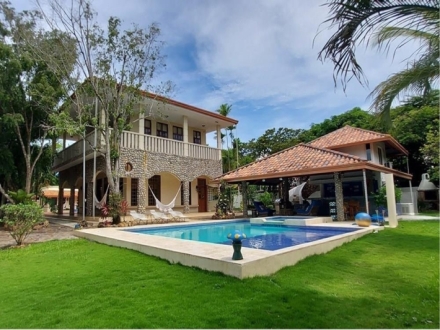