Isla del Rey53 Hectares/130 Acres of TITLED Island ResortPropertyLocated about 48 km off the Pacific Coast of Panama, in the Pearl Island archipelago, this 53 hectare /130 acre property on Isla del Rey offers gorgeous white sand beaches, a large river, diverse jungle terrain and beautiful vistas of surrounding islands.   Already a world-renown destination for sport fishing, diving and snorkeling,whale watching, all-terrain vehicle tours and hiking this property offers apristine canvas for developers, an eco-tourism destination or those interested in land banking.  Isla del Rey, at 100 square miles, is the largest of the Pearl Islands, but it is also one of the least inhabited islands. There are only four towns on the entire island. The largest town is San Miguel and it has a population of 967 registered residents. The total population of the island is under 2000 residents.Getting there:  The Island is accessible from the national Marcos A. Gelabert airport via a 20-minute flight to the island of Contadoraor directly to the Isla del Rey airport by charter. The San Miguel airportrunway, which borders the river, is newly paved and in great condition. National flights from Panama City to San Miguel airport will be available in the future. Daily ferry runs are also available from Panama City. Stops include the nearby amenity-rich islands of Contadora and Viveros.Also nearby, is Isla San Miguel (aka Pearl Island), that boasts a luxurious resort and residential development destined to include Ritz Carlton residences and a five-star hotel. The popular CBS series “Survivor: Pearl Islands” was filmed on Isla del Rey in 2003 – perhaps a “Survivor” themed resort is in its future? 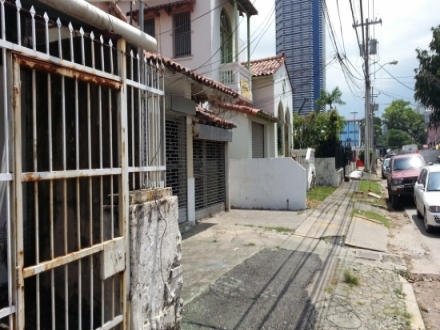 This old House in 32nd street on Balboa Avenue with Justo Arosemena has RM3C2 zoning through mivi map, the house has 300 mt2 and the next door house is also for sale at the same price and size. If you add both you have a perfect 600 mt2 building lot. They can be sold separetely or joint. 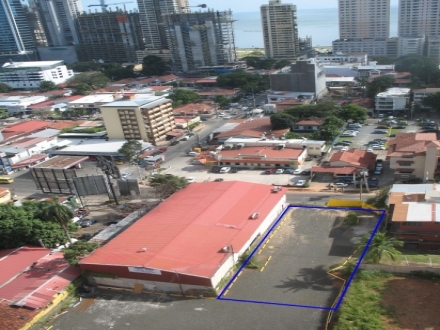 Exclusive plot of land of 998 square meters with high density residential and comercial zoning (RM3C2). Given the location in my opinion pretty much any comercial development to include: mixed residential with ground floor comercial or just comercial space or mixed comercial and office, boutique hotels, mini mall, etc. could work fine however  I think a small hotel with a nice family orientated restaurant in the ground level together maybe with a coffee shop with good parking (very important for the area), would work wonders. There is nothing like been certain of a good location and in this case 50th street is home to the most imposing comercial Towers in this country. Additionally we can also say that it is surrounded by five star hotels, two blocks from Ave Balboa puts you within minutes from the most developed residential building areas of the city. (meaning 40 floors or higher) Plans of a 17 floors of comercial mixed with office space can be sent via email for the purpose of obtaining an idea of what can be done according to the size of the plot of land. 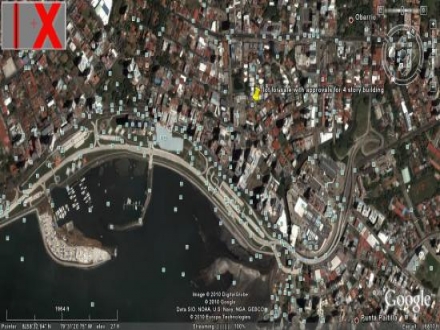 Building lot for Sale with high density RM2B zoning.  Also included in the purchase of this building lot are the necessary plans approved and building permits.  The lot is comprised of 715 m2. The permits and zoning allow for a building up to 4 stories high with 430 m2 of construction per floor. The lot is located in Bella Vista just off of Calle 50B este.