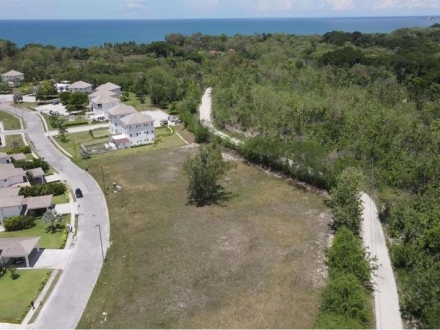 Lot for Sale in Gatun, Bijao Beach Club & Residences, located in the Province of Coclé, Corregimiento de Río Hato, this place is located 1 hour and a half from Panama City. Rio Hato has become one of the areas with the highest movement of national and international visitors and investors. Since it concentrates a strong demand for hotels, resorts, and other tourist attractions.Do you dream of building the beach house of your dreams or creating a business?, because this Lot is for you, located within one of the best and most famous beach community.BIJAO BEACH CLUB & RESIDENCES has a beach club swimming pool, jacuzzi, bohío, bar-restaurants, sports club such as courts, playground, spa, golf club among other amenities.Sale Price: $ 1,600,000.00Do not hesitate to contact me!

Exclusive and unique flat land for sale in Costa Esmeralda, San Carlos.The land has 1000mts2, adjoining the river, is located in an exclusive area with security checkpoint, perfect to build your summer house and enjoy the tranquility and nature that this incredible place offers us, near beaches rivers, and mountains. 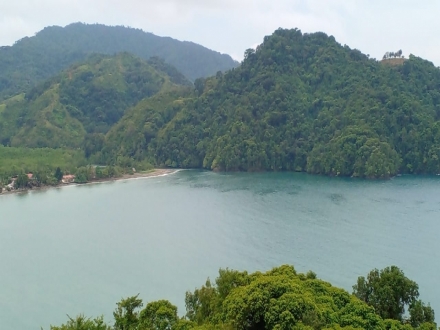 7 HECTARES (12.35 ACRES) OCEAN VIEW PROPERTY FOR SALE IN PIXVAE BEACH, VERAGUAS. price sale= $560,000 (8 dollars for square meter). Pixvae is a community nestled on the Pacific coast of Panama, specifically in the village of Las Palmas, province of Veraguas, located in a privileged point of the national geography, as it is one of the access roads to Coiba National Park. It has a population of 820 inhabitants (2010) according to the last census. The community of Pixvae can be reached by land from Soná head, in an internal or private 4x4 vehicle, although the road is rocky and mountainous, following the road from the village of Calidonia, which then continues with a road that runs through several communities until it reaches the coast. The poor condition of the road means that it takes more than 2 hours to travel 46 kilometers.  In Pixvae, most of the families live from fishing, subsistence agriculture, and now tourism. Although the area has an impressive natural wealth, its inhabitants have not been able to take advantage of it due to the poor accessibility of the site by land. Its climate is quite cool, a little colder in the northern part, in the area called "La Sierra", where rain is frequent throughout the year. Among the nearby communities are Pixvae cabecera, Pajarón, Lovaina, Pajaroncito, Nuevo Pixvae and El Rosario, in the district of Las Palmas, and Salmonete, Bahía Honda and others, in the south of Soná. The town, located within the buffer zone of Coiba National Park, has four white sand beaches and crystal clear waters (Pixvae, Pajarón, Pajaroncito and El Rosario), as well as rivers, coves and mountainous landscapes of great beauty. Although the area has beaches with crystalline waters such as Pajarón and Pixvae, charming coves, rivers and impressive landscapes, it has not been promoted as a tourist destination because it would be complicated for the visitor to get there and for this reason many tourists go elsewhere. However, when a tourist arrives to the community of Pixvae, he/she is impressed with the landscape and especially with the beaches of crystalline waters. Pixvae has several hostels, houses and cabins to accommodate tourists comfortably, but without luxuries.  You can also snorkel, as there are numerous species of colorful fish, turtles, manta rays and others. In addition, the residents are friendly and have invested in boats and motorboats for tours among the mangroves, islands and coasts. Several of them have received training as guides or in cooking and offer travelers delicious culinary experiences, especially seafood. 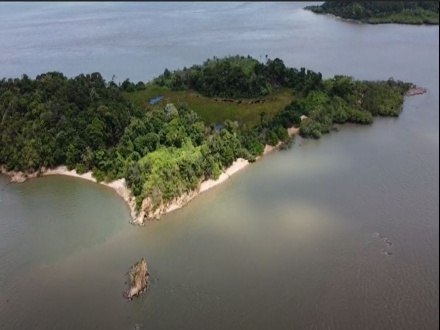 ISLAND FOR SALE. OF 18.65 HECTARES (46.08 ACRES). COROZAL ISLAND, LOCATED IN DARIEN, LA PALMA.   Isla Corozal, Darien - 100% Titled Isla Corozal is a natural reserve area of jungle and wetlands located in the Darien province of Panama, only 15 minutes by boat from the large reserve of Punta Patiño, it is included in the Ramsar list of wetlands of international importance.  The fauna of this area includes harpy eagles, three-toed sloths, capybaras, bottlenose dolphins, crocodiles, jaguars and humpback whales. The island also has a great variety of birds such as the black oriole, brown pelican, frigate bird, terns, Haematopus, white-winged sandpiper, Numenius hudsonicus, spotted sandpiper, alcedinids, white corocoro, herons and the American black-headed gull. Isla Corozal (Isla Corozal) is an island (class T - hypsographic) in Darien Province (Darién), Panama (North America) with a region code of Americas/Western Europe... Isla Corozal is also known as Corasal, Isla Corozal. Its coordinates are 8°23'40" N and 78°11'10" W in DMS format (degrees, minutes, seconds) or 8.39444 and -78.1861 (in decimal degrees). Its UTM position is RK02 and its Joint Operation Graphics reference is NC17-16. A Island is an extension of land, smaller than a continent, surrounded by water in the pleama.

La Palma | BIRD WATCHING HEAVEN. Corozal Island, Darien - Titled Island Isla Corozal is a natural reserve area of ​​jungle and wetlands located in the province of Darién in Panama, just 15 minutes by boat from the great reserve of Punta Patiño, it is included in the Ramsar list of wetlands of international importance. The fauna of this area includes the harpy eagle, three-toed sloths, capybaras, bottlenose dolphins, crocodiles, jaguars and humpback whales. The island also has a wide variety of birds such as the black oriole, brown pelican, frigatebird, terns, Haematopus, white-winged sandpiper, Numenius hudsonicus, spotted sandpiper, alcedinids, white-crowned gull, herons, and the black-headed gull. Only $1.31 x MT2 ($.12 x FT2)

Within our portfolio of investment properties we have the sale of a 7.9-hectare plot of land located in Playa El Palmar, San Carlos, with ample frontage to the Inter-American Highway and steps from the sea. San Carlos is located along the Inter-American Highway, 11 km west of Coronado, which is a spa town. The District of San Carlos has always been one of the most coveted beach destinations in the country. In its surroundings there is a notable growth of vacation communities and shopping centers, such as Coronado, Punta Barco, Lagomar, Vistamar, El Palmar, Río Mar, Casamar, Corona, Playa del Sol, etc. Close to hotels and new residential beach projects.. Don't miss out on the opportunity to develop this property into a spectacular tourist and residential hotel complex, as well as a commercial area in front of the Interamerican Highway. Take advantage of this attractive investment opportunity with a 25% discount Market Value $40.00 x m2 Offer Price $30.00 x m2

Sale of Commercial Land on Pedasí main road.This land is located on the main road Avenida Dr. Belisario Porras, 2 blocks from the Pedasí park and 5 minutes from the spectacular beaches and tourist areas characteristic of the area.It has an area of 200 square meters (10x20). Ideal for commercial or mixed use.