Excellent property or (farms) of 7 hectares.The farm is located on the new David-Boquete road; exactly in the area of "Los Algarrobos" just 5 minutes from David, Chiriquí and 45 minutes from the border with Costa Rica.It has commercial zoning.The "Federal Mall", the largest shopping center in the area is 8 kilometers away.There will also be the "David Transportation Terminal" as well as the Albrook Mall, they are the same owners.Another great project will be the next "Convention Center of Boquete" already tendered, which will accommodate more than 2 thousand people, restaurants, conference rooms, 300 parking lots, amphitheater, etc. The volume of traffic will be important, both by the Federal Mall, the Convention Center and above all, that one of the Chinese train stations will be in David.Also in this property has a small stream of crystal clear water and current that comes down from the mountain and that crosses this hectareImportant to know:1.- David's connection with the capital city of Panama: 420 kilometers of 4-way road that is covered in 5 hours. In 45 additional minutes you will reach Paso Canoas on the border with Costa Rica.2. "Enrique Malek" international airport that serves the city of David with all immigration and customs services.3. Puerto de Pedregal, south of David, where sport yachts and fishing yachts arrive.4. Border with Costa Rica at 40 kilometers from David.5. Wide newly built road that joins David with Boquete. The farm 7 kilometers from David (5 minutes) and 20 kilometers from Boquete (20 minutes).6. Daily flights from Panama to David in 40 minutes with direct connections from Tocúmen Airport for international travelers.7. Nearby developments: Convention Center in Boquete for 2 thousand visitors; commercial center in "Tocornal" and Federal Mall next to be inaugurated in David barely 7 kilometers from the farms.8. Paso Canoas international train project with the city of Panama. As announced, it will be extended to Central America and Colombia. Feasibility study and route design will be delivered to Panama by the government of the Republic of China within the new "Silk Road" which is the commercial expansion policy of Chinese President Xi Yingping.10. There is an official idea to extend the David-Boquete road to the town of Almirante in the province of Bocas del Toro in the Atlantic to establish a direct Atlantic-Pacific connection.Contact Melina Caldito REmail: melina.caldito@kwpanama.comCell phone or Whatsaap: +507 66788730

Farm of 17,922 m2 located in Palmira Abajo, Boquete. It offers excellent opportunity at a great price, the farm is only 22 minutes from Plaza San Francisco, with access to the asphalt street, then it is diverted by a stone street and the farm is approximately 10 minutes away. The front part of the property delimits with the stone street, this street connects with another entrance to another street that leads to a path that can be enabled in the future making the journey much shorter having a close access. The farm is mostly flat and has fruit trees such as orange, lemon, banana, mango. The terrain in the back adjoins the canyon offering a beautiful view of the mountains. 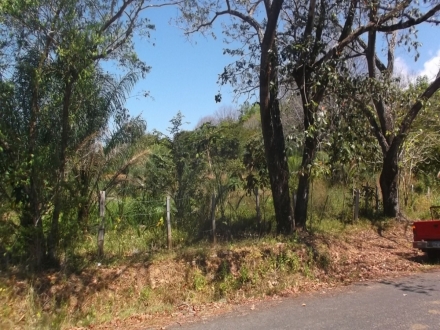 The lot lies near the Interamerican highway in the town of San Lorenzo. Most of it has a territorial view towards the West-Northwest and an estuary view towards the North-Northeast. The land is nicely graded and slightly steeper towards the rear of the lot with the estuary view. The lot has an access road and is fenced and close to electricity. A well can be dug. Half an hour's drive away you will find the quiet beaches of Nanzal and Zapotal, as well as the quaint tourist town of Boca Chica with access to one of the world's best fishing and diving grounds and the beautiful islands of the Chiriqui Gulf.

For Sale Beautiful farm with producing orchard (200 mango trees /65 avocado trees). This orchard will begin producing this year and should produce for approximately 20 years and therefore has the potential to pay for land cost. 2 Hectares of orchard and 3.3 Hectares of hardwoods and pasture. Lime, Apple and Banana and various other fruit trees producing. New paved road (with electricity overhead) and a river border the property and 3 entrances provide access. River provides the potential for irrigation for greenhouses and additional agricultural production. Domestic water with 1000-gallon water tank. Small unfinished casita has great potential for a nice house. The land is fenced, titled and owned under a corporation which provides great tax advantage for any buyer. 15 Minutes to access to the InterAmerican Highway with the city of David (and airport) within 40 minutes. Boquete located 45 minutes into the highlands.

For sale property with potential for residential or commercial development, it consists of 40,677.44 square meters (4 hectares 677 meters and 44 decimeters) in front of the main road of Horconcitos in the direction of multiple tourist places such as Playa Hermosa, Bejuco and Boca Chica where they are taken the boats to access multiple islands and international hotels. Commercial front of approximately 150 meters in length and in its back has a decline that allows beautiful views of the horizon, mangroves, mountains and even the Barú Volcano on a clear day. Approximately 40 minutes from Enrique Malek Airport in the city of David and 20 minutes from the Port of Boca Chica by paved road.Kathya MonteroKW ObarrioPhone: +507 64966831kathya.michelle @ kwpanama.com 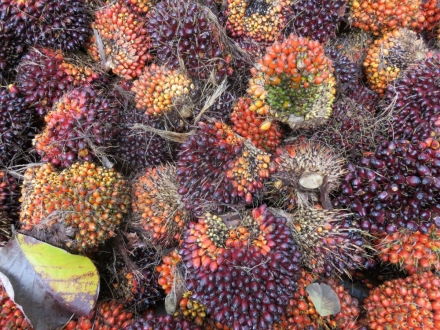 Just 10 minutes from the Interamericana highway, lies this 6-year-old oil-palm plantation in the village of San Juan, Chiriquí. The land measures over 50 hectares, whereof 43.5 hectares are planted with oil palms. producing 1,050 tons of oil-palm fruit in 2018 with a guaranteed buyer. The income in that year was $96,000 and the net profit $45,000. The property is in a corporation of which the shares can be bought. This enables the new owner to take over the current contract with the largest contractor of palm oil in the area.  The owner is willing to finance with a down payment of 50% and the rest over 3 years.

Just one kilometre off the paved road and halfway between the Interamerican highway and the tourist resort Boca Chica lies this private island with views to volcano Barú, Chorcha waterfall and the island Boca Brava with direct access to the water. 5 minutes by boat to Boca Chica and 40 minutes to David. The air-conditioned house is simple and cosy and offers 3 bedrooms, 1 bathroom on 100 square metres plus 2 35-square-metre terraces Very large kitchen, pantry and 40 x 40-foot storage room. A boat shed (50 m2) with a 30 m2 covered porch offers room for a 32-foot boat. Tackle room with a workshop & tool room 25' x 30' with covered parking 20'x22'. Bathroom and outdoor shower. Plus 40'x8' additional storage and carport under roof. The title is included in the price.Just 20 km away, mainly on the 4-lane Interamerican highway, lies the palm-oil producing farm, just outside the fishing village of San Juan. 51.29 hectares of 6-year-old oil palms are producing 1,050 tons of oil-palm fruit.

The environment has agricultural farms and residences of medium and high costs all along the road. In the background it borders the Jacú River. He currently has Alicia grass. 7.3 Hectares Its accessibility and proximity to the border line and the City of Concepción are important factors within the Assessment. 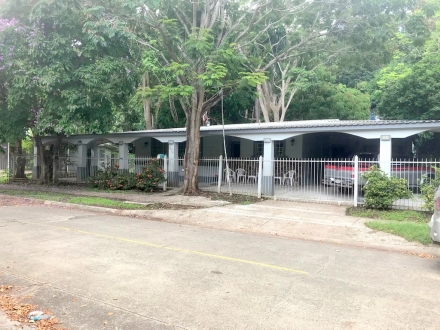