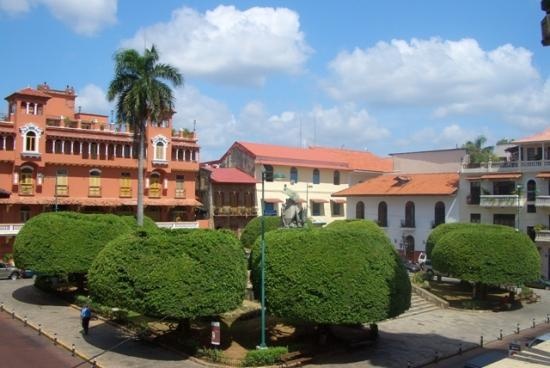 Casco Viejo is the oldest city on the Pacific Coast of the Americas, and lies at the foot of the Panama Canal on one side and Panama City on the other. Nowadays, Casco Viejo is acknowledged as the city's most recognizable suburb, located in the district of San Felipe. While this historic community has lost it's economic importance with the expansion of Panama City, Casco Viejo continues to appear in songs, poems, videos, television commercials, and other elements of the city's daily life. Moreover, the area now serves as one of the country's most popular tourist attractions, frequented by tourist guides and photographers alike.

The architecture is a combination of ruins from the days of Spanish Explorers and Pirates, and French Colonial from the first attempt made on the Panama Canal by the French.

To walk through Casco Viejo is definitely to walk through history. Buildings sitting side by side can be over three hundred years apart in age. Balconies are filled with flowers such as geraniums and bougainvillea wrapped around sculpted wrought iron crafted in another century, The streets are brick, and no matter which way they run, they run to the sea, because Casco Viejo is surrounded by sea.

Historical parks litter the whole of Casco Viejo with such figures as heroic Generals on horseback, as the one dedicated to Liberador Simon Bólivar, which has his statue situated in the center of the park. Royal palms stand over the plazas like tall sentinels. The Church of San Francisco (La Iglesia de San Francisco), National Theater (El Teatro Nacional), Hotel Colonial, and Bólivar College (Colegio Bolivar) all illustrate details that call the attention of those visiting the historic area.

The Metropolitan Cathedral (Catedral Metropolitan) is without a doubt the most meaningful structure, and best reflects the Spanish presence due to the buildings dimensions and age; the construction of this building lasted more than 108 years. In front of the cathedral is a large park (plaza), in which the community reunited on November 3, 1903 in order to declare it's separation from Columbia. It was at that moment that the Republic of Panama was born, with much euphoria. Surrounding the plaza is the Municipal Palace (Palacio Municipal) with it's neoclassical characteristics, which was occupied by the French when they began construction of the Panama Canal; the canal was later completed by the United States. The building is being completely remodeled to house a museum that will more adequately depict the construction, function, importance, and future of the canal.

Casco Viejo, perhaps a commercial point in the past, is now a major tourist destination for those visiting Panama. Terrific photographic opportunities exist, particularly for those interested in architectural structures. Located just minutes from downtown Panama City, this historic community is just minutes in a taxi.

After the destruction of Old Panama, its population moved to Cerro Ancon, where the new City of Panama was founded in 1673 by Antonio Fernandez de Cordoba and Mendoza. The main aspect taken into consideration for the location of the new city was the defense. To prevent future pirate attacks, a great bastion of walls was built in 1675. The city was then settled inside these walls, which also created a barrier between the settlers and the outsiders. The wall consisted of two main doors, for the Land and for the Sea, and an additional five small gates.

From the day it was founded in 1673, the new city split in several sections with specific functions: religious, administrative, military, commercial and residential. The result was a square route of 38 blocks, 3 main streets to the east-west and 2 streets to the north-south.

The urban development of Panama City collapsed during the XVIII century because of the many fires throughout the streets. Three fires caused the most damage; the “big fire” in 1737 which destroyed two thirds of the city; the “small fire” in 1756 which destroyed at least 90 houses and another one with smaller consequences. These fires are the reason why at this time there are so few examples of the colonial period.

A monument to the French who first began the Panama Canal stands bayside in Casco Viejo, along with an art museum and French restaurant in a converted strong house, which once stored gold, known as Las Bovedas. The “flat arch” stands nearby and is famous for convincing engineers that Panama was “earthquake-proof” and sound for building the Panama Canal. The Church of San Jose, with its famous gold-plated alter, the Metropolitan Cathedral and the Municipal Palace are all “must see” sites. The Municipal Palace was once occupied by the French when they began the construction of the Panama Canal (the Canal was later completed by the United States) and now, completely removed, serves as a museum to depict the construction, function, significance and future of the Canal. 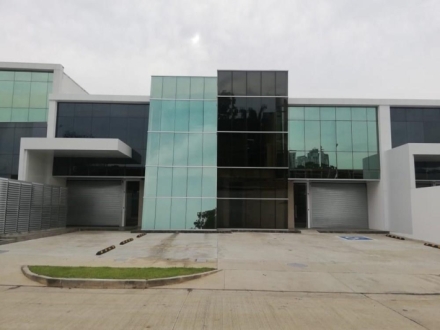 Building in Casco antiguo for sale Lot for rent in San Felipe commercial use